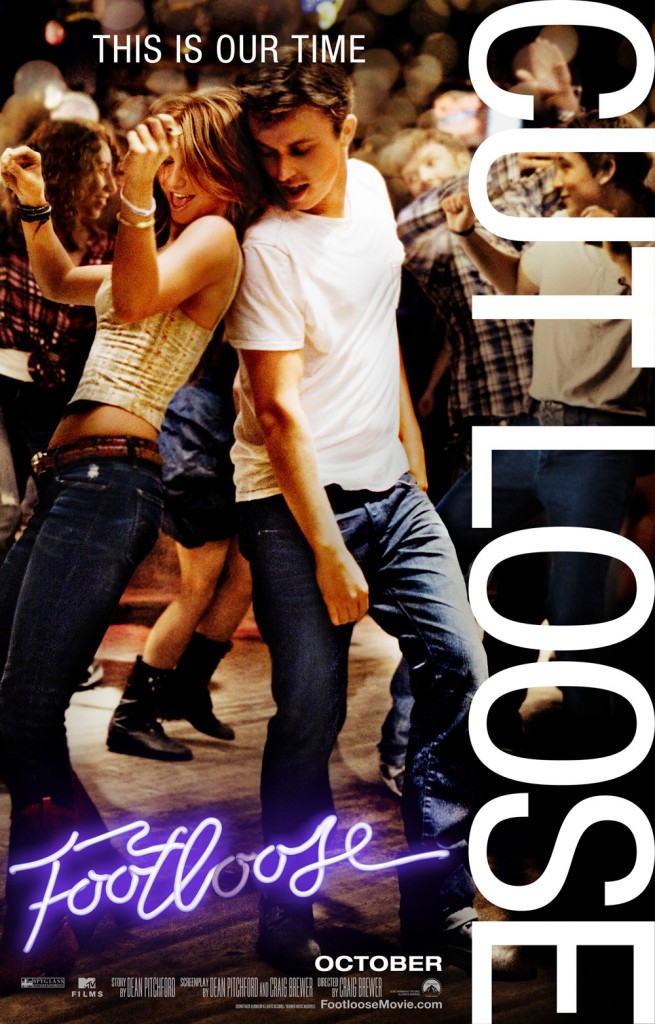 When I heard they were remaking Footloose, my immediate reaction was to groan. It’s a pretty cheesy movie in the first place, and in the High School Musical-influenced 21st century, I was sure it would be even worse.

I was completely surprised by this film when I had a chance to screen it last month. Director Craig Brewer (who also worked on the rewrite) has made an enjoyable movie in the spirit of the original Footloose, with its energy and fun, and possibly even surpassed it in heart.

In the remake, the characters seem more developed and real. I did not know how anyone could live up to the iconic Kevin Bacon Ren, but the writing (particularly the changes to the backstory) combined with his talent and likability make Kenny Wormald great in this role.

Setting it in the South added another dimension to the film. I found it familiar and the jokes hysterical, but if you loathe anything country and Southern, be warned that this has its fair share of that vibe.

The original film has quite a bit of sex, drugs, drinking and violence, and I was curious as to how they would be handled in a remake, especially one that seemed a little more intense from the trailer. Overall, I thought the portrayals of “risky behavior” sent a better message than the original without coming off as hokey in the least. I think the PG-13 rating is fair, but I would show it to Kate and Lexi long before I’d show them the original.

It will be obvious to filmgoers that Brewer loves Footloose and wanted to do it justice in this remake. He pays tribute and yet develops the film. You can watch a short interview with him about the process here. If you give Footloose a chance, I think you will be pleasantly surprised as well. It opens everywhere this Friday. (8.5/10)

One response to “Footloose”