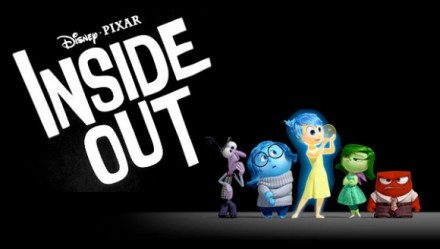 Pixar movies take us places we only imagined, lands where superheroes, toys and monsters are real. But unlike many other animated movies, Pixar movies connect with audiences on a deeper level, telling beautiful stories with honesty and grace. They are the animated movies that make moviegoers cry. Instead of merely evoking emotions, the latest Pixar film, Inside Out, takes audiences inside the head of an 11-year-old girl named Riley and gives voice and form to her emotions.

Riley has recently moved from Minnesota to San Francisco, and she is also straddling the chasm between childhood and adolescence. Her emotional life had been driven by Joy, with all of her emotions working together in a familiar rhythm, but in the furnace of transition, things start to fall apart.

Joy is voiced by Amy Poehler, and there is a Leslie Knope quality to the way she runs the emotional life in Riley’s brain. Not only is Joy the boss, she works the hardest and she is confident that her way is right. Anger (Lewis Black), Disgust (Mindy Kaling), and Fear (Bill Hader) fall in line, but Sadness (Phyllis Smith, from The Office) is Joy’s greatest challenge.

As the movie’s plot unfolded, I loved the attention to detail in how the brain works, and it reflected reality enough to spark interesting conversations with our girls about how their own brains, memories and emotions work.

However, the greatest gift of this story is Joy’s journey. She goes from marginalizing Sadness at the beginning of the film to embracing the role of Sadness in Riley’s emotional landscape by the end.

As someone who has girls about Riley’s age and is still raw from a recent relocation, I wept openly through the last 20 minutes or so. Putting all that aside, I still think it’s one of Pixar’s better films and an important one for kids to see. Riley’s emotional life has twists and turns that mirror the ones our children face, and it will be a balm to many to know that they are not alone.

RATING: Top 1/3 of the Pixar canon (don’t make me choose.) Worth seeing in the theater if you can, if only to remind Pixar to make more of these and less like Cars 2.