In an effort to highlight books in different ways each year, I highlighted a handful of favorites, then I organized them loosely by genre. I noted the top three in each category and then sorted the rest between books I’d recommend and the ones I am not so sure about. 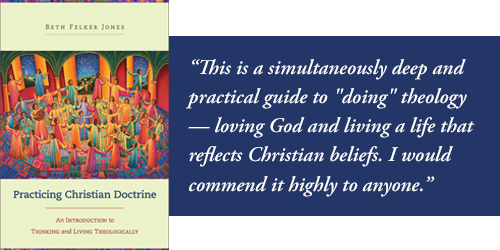 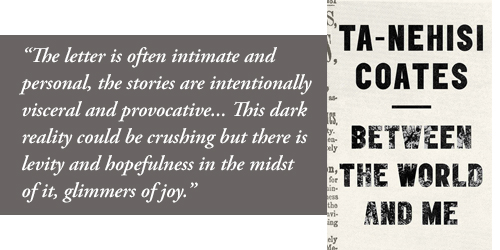 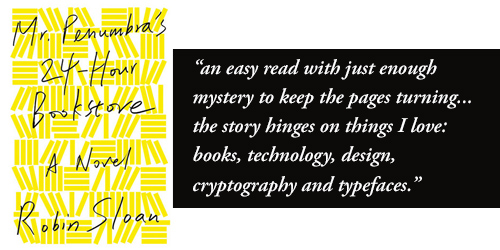 Literary Fiction
Top 3: Mr. Penumbra’s 24-Hour Bookstore by Robin Sloan, Redeployment by Phil Klay, and The Alchemist by Paulo Coelho
Also Worthwhile: A Man for All Seasons by Robert Bolt, What We Talk About When We Talk About Love by Raymond Carver, The Precious One by Marisa de los Santos, All the Light We Cannot See by Anthony Doerr,

Heft by Liz Moore, Everything I Never Told You by Celeste Ng, Some Luck by Jane Smiley, Vile Bodies by Evelyn Waugh, and My Man Jeeves by P.G. Wodehouse
On the Fence: Go Set a Watchman by Harper Lee

Children’s & YA Fiction
Top 3: A Wrinkle in Time by Madeline L’Engle, The Bronze Bow by Elizabeth Speare and Rules by Cynthia Lord
Also Worthwhile: Al Capone Does My Shirts by Gennifer Choldenko, Fish in a Tree by Lynda Hunt, Feathers by Jacqueline Woodson

Theology
Top 3: Practicing Christian Doctrine by Beth Jones, Simply Good News by Tom Wright and The Biggest Story by Kevin DeYoung
Also Worthwhile: Every Good Endeavor by Tim Keller and For the Love by Jen Hatmaker

Memoirs/Personal Narrative Non-Fiction
Top 3: Between the World and Me by Ta-Nehisi Coates, On Immunity by Eula Biss and Why Not Me? by Mindy Kaling
Also Worthwhile: The World’s Strongest Librarian by Josh Hanagarne,
The Short and Tragic Life of Robert Peace by Jeff Hobbs, Furiously Happy by Jenny Lawson, Between You & Me: Confessions of a Comma Queen by Mary Norris and If You Feel Too Much by Jamie Tworkowski
Not Sure I’d Recommend: Primates of Park Avenue by Wednesday Martin

Parenting / Family
Top 3: The Gift of Failure by Jessica Lahey, Dad Is Fat by Jim Gaffigan and The Secrets of Happy Families by Bruce Feiler
Also Worthwhile: Unfinished Business by Anne-Marie Slaughter

Other Non-Fiction
Top 4: Rising Strong by Brene Brown, Make It Stick by Peter Brown, Modern Romance by Aziz Ansari and Being Mortal by Atul Gawande
Also Worthwhile: So We Read On by Maureen Corrigan, Better by Atul Gawande, Driven to Distraction by Hallowell & Ratey, Made to Stick by Chip Heath, How We Got to Now by Stephen Johnson, Dead Wake by Erik Larson, Sugar Salt Fat by Michael Moss, How Music Got Free by Stephen Witt
Not Sure I’d Recommend: The Astronaut Wives Club by Lily Koppel, The Stuff of Thought by Steven Pinker and Assassination Vacation by Sarah Vowell

** The links above are amazon affiliate links. If you buy something, I get a little kick-back.**

This entry was posted in books. Bookmark the permalink.